Ever discovered a treasure chest? That’s what Uganda really is. The more you dig into what this unique country’s diverse offerings are, the more you become impressed with the many hidden gems. Ugandan foods are one of the many jewels adorning the beautiful landscape of this beautiful country.

So, Ugandan dishes are quite delicious as you probably know. But ever considered their nutritional value? Oftentimes, we don’t care about the health implications of the foods we eat as long as they’re our favorite. But that’s not okay; it’s essential to know the health impacts of the foods we eat as these can help you understand whether to increase intake or reduce. Moreover, one’s medical history can either limit or increase the consumption of certain foods.

In this article, we’ll be taking a look at some popular Ugandan foods and their health impacts.

If you’re ready, let’s navigate together then!

This dish is regarded as one of Uganda’s national dishes. If you’ve ever been to Uganda and had the time to taste their meals, you won’t miss having a taste of this dish. According to history, this was created by the personal chef of King Kabaka Mwanga who ruled the Buganda kingdom in the 19th century. This food is loved by both common folk and royalty.

This unique Ugandan delicacy is prepared by wrapping the chicken, fish or beef in banana leaves together with spices and vegetables to make a very thick stew. Vegetables such as potatoes, mushrooms, carrots, and peanuts (g-nut) are used as the sauce in wrapped plantains. Luwombo is a sweet, hearty dish that hits the right spots and makes you feel all full and warm on the inside.

Luwombo also offers numerous health benefits following the nutritional content of its ingredients. Specifically, this meal can help the body to build and maintain the right bone structure and strength accurately. It also helps to maintain very healthy blood pressure as it improves the heart’s health.

Groundnut sauce is a popular food in Uganda. It is usually called g-nut sauce and is made out of red peanut and cooked to form a very thick sauce. Ugandans like to eat it with food like sweet potatoes and matooke. It can be cooked with eggplants, meat, dry fish or meat.

G-nut sauce is a good source of protein, which is good for the body but can be allergic to some people as it contains arachin and conarachin, which can cause life-threatening reactions.

Kalo, a popular food is consumed by almost all the tribes in Uganda. It is swift to prepare as it only requires mixing the millet flour in boiling water and stirring it until it forms to a thick substance.

It goes with a sauce like chicken and other local sauces. It is also one of the dishes that is readily available on the menus for public functions and events such as marriage ceremonies.

Eating kalo may help with regular digestion. It may also help to prevent peptic ulcer, reduce the risk of colon cancer and as well help resolve issues like diarrhoea. This special food also helps prevent anaemia as it supports the formation of red blood cells and maintains requisite haemoglobin levels.

History has it that matooke (also known as East Africa highland bananas) originated from the Great Lakes region. It is a staple food to most of the Bantu tribes in Uganda, Tanzania and a host of other countries surrounding Uganda. While it can be served with any sauce, grilled meats, muchomo or pork, matooke is prepared alongside its peelings after which the plantains are then mashed and served.

The health impacts of matooke positively are: helping you control your blood pressure as it contains an adequate amount of potassium, assisting you in keeping calm and relaxed by stabilizing your nervous system. It could also help the body in better nutrient absorption.

Posho, one of the most common and cheapest dishes in Uganda, is made from maize flour which is mingled and stirred in boiling water until it becomes thick and hard. You can eat it with a sauce like vegetables, meat, fish or beans. Sometimes, the maize flour is mingled with boiling water and wrapped in banana leaves. This is done so that it can be steamed and eaten anytime.

This popular Ugandan dish is eaten by people whose work requires lots of energy due to the carbohydrate nutrients present in it. Posho is also very rich in fiber and has a decent amount of low-quality protein the body needs.

Sounds like the popular Rolex watch, correct? But that’s not it! This version of Rolex is a famous street food in Uganda as it has become a go-to staple for quick office snacks and school lunches. This meal originated from the Busonga region of Uganda where it became adopted by university students as it is easy and fast to make and of course very cheap to make.

Rolex is made up of chapati, vegetables and rolled eggs. It can be eaten at any time of the day with a drink to accompany it. Chapati is very low in calories, and the eggs therein contain large amounts of Vitamin A, B2, D, E and K, which make rolex a very healthy and nutritious meal.

Muchomo simply means grilled/roasted meat over an open fire. Sometimes, chicken, pork or beef could be used. It could be goat meat, beef, pork or chicken. It’s a unique delicacy that can be found in restaurants as well as in streets. At times, it is eaten with roasted cassava and plantains. If overeaten, muchomo might endanger your health.

Chaloko is a traditional Ugandan staple food that is made with pinto beans, red or purple onions, tomatoes and green peppers. It is mostly advised to be eaten with posho as it fills up your belly in no time. Pinto beans contain highly important fiber, protein, minerals and vitamins as well as phosphorus, potassium, magnesium, iron and plenty of thiamine.

Katogo is a popular meal eaten majorly for breakfast by the Bantu speaking communities and most parts of urban communities in Uganda. It consists of fried plantains served with beef, beans, vegetable and soup. However, katogo is rarely found in luxury hotels and upmarket. It originated from Western Uganda and Buganda—where it initially was perceived as a poor man’s dish.

Just like matooke, katogo helps to control your blood pressure due to the right amount of potassium it contains. This may help stabilize your body’s nervous system.

Sometimes referred to as African doughnuts, mandazi is a popular snack eaten in Uganda. Though similar to a doughnut (minus the hole), it is fried bread sweetened with coconut milk and most times shaped into triangles. You can eat mandazi alone or dip it in juice, tea or fruit dip.

Eating mandazi fills you with the burst of energy you need for whatever activity you want to engage in.

Is Okpa Protein or Carbohydrate? The Facts Are Right Here 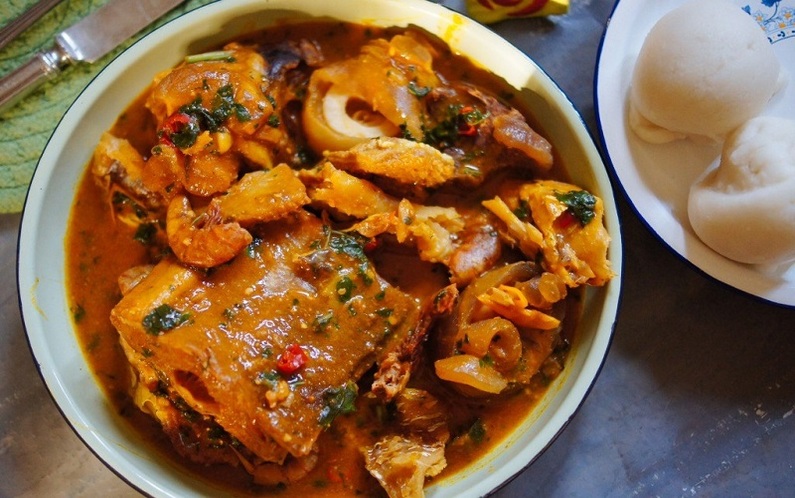 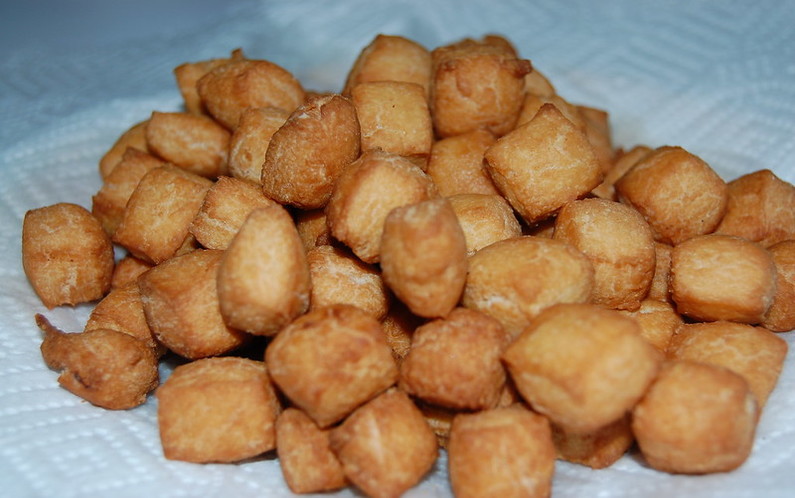 5 Different Types of Nigerian Snacks and their Health Benefits