Vegetables are essential for the human body as they are rich in several minerals, vitamins, phytochemicals and antioxidants, and so many other nutrients. People all over the world eat vegetables directly or indirectly, of course, Africans inclusive. There are plenty of vegetables in Africa, which are being used for different kinds of diets.

So, what vegetable do Africans eat? Here are some African vegetables:

Many other vegetables are eaten across Africa. However, for this post, we are going to focus on ten vegetables we consider to be the most widely consumed around Africa.

Jute mallow is one of the widely consumed vegetables in many African countries. It is also known as Jew’s mallow, bush okra, West African Sorrel, etc. It is used to make Ewedu soup in western Nigeria and Miyan Ayoyo in northern Nigeria. Ghanaian’s also use it to make a Soup called Ayoyo. Its origin is still debated between Africa and Asia, but a larger amount of it is found in Africa. Jute Mallow is loaded with several vitamins such as vitamins C, A, and E, which helps to fight Acne and slow down aging. They are also said to have anti-inflammatory properties; hence the leaves are brewed to treat certain medical conditions.

This particular vegetable is more like eggplant. It’s originally native to West Africa but has spread widely to East and Central Africa. African eggplant is also known as scarlet eggplant, bitter tomato, garden egg, etc. It has a glossy and smooth skin, which can be white, yellow, green, or orange depending on the cultivar and could be eaten raw, boiled, steamed, and also added to soups. The inside is crunchy and has a sharp, bitter taste, which increases as it gets riper. This vegetable is packed with essential minerals like potassium, iron, and calcium. It also contains low calories and is high in dietary fiber.

This is a root vegetable—said to have originated from Persia and was grown mainly for its leaves and seeds. The domestic carrot we know today is native to Europe and Southern Asia. Carrot contains a soluble fiber called pectin, which can help lower your blood sugar level by slowing down the rate your body digests sugar. It is also packed with many vitamins and minerals like vitamin A, biotin, vitamin K1, potassium, etc. In sub-Saharan Africa, Nigeria remains the largest producer and the 32nd producer in the world. Carrots can be eaten raw, used in salad, and used for garnishing food. It is also a key ingredient in the production of body care products.

This leafy vegetable grows in the subtropical and tropical regions of the world. They are green with shades of red and purple. It is native to Central America but can be found in the humid lowlands of Africa. The plant itself is versatile and can be used for so many things. Amaranth is consumed in African countries like Togo, Nigeria, Sierra Leone, Guinea, etc. This nutritious leafy vegetable is packed with protein, vitamins, and essential minerals. It also contains very low fat and no cholesterol. An estimate of fifty tropical countries grow this vegetable, and they are arguably the most consumed vegetable in Africa and Asia.

This vegetable is also called Spider wisp, spider plant, Chinsaga, stinkweed, etc. It originated from Africa but is now cultivated in most tropical and subtropical regions. African Cabbage is an important food in Southern African diets. It contains many vitamins, minerals, and amino acids. It also has antibiotic properties, and this makes it useful for the treatment of certain conditions. This vegetable can be eaten raw or chopped into sauce and soups. It has a mildly bitter taste. African Cabbage can be found in Kenya, South Africa, and Ethiopia.

Okra is also known as ladies’ fingers or Ochro to the western countries. It looks like a pod with edible white seeds embedded in it. Its nativity has been debated among these three regions: West Africa, Ethiopia, and South Asia. Okra grows in tropical, subtropical, and warm regions. It contains a high amount of mucilage, which makes it useful as a thickener in soups. The seeds are also dried, grounded, and used as a coffee in some countries. The high amount of mucilage in okra may be useful in removing toxins from the body. It also contains vitamins such as vitamins A, K, C, and B6. Another important constituent of okra is Lectin, which, according to several studies, may prevent the growth of can cells in humans. It can be found mostly in West Africa, with Nigeria being the largest producer, followed by Cote d’ Ivoire and Ghana.

The sweet potato is a root vegetable that belongs to the bindweed or morning glory family. It is very starchy and has a sugary taste. This vegetable can have an orange or creamy white skin, depending on the regional variety. Sweet potato is native to either Central or South, and evidence has it that it was brought to Africa by slave traders. It can be boiled, fried, or roasted. Sweet potato ranked the 3rd most important food crop in 7 Eastern and Central African countries. It is also the 4th most important food in 6 Southern African countries and ranks number 8 in 4 west African countries. It is an excellent source of vitamin A which is important for a healthy vision.

Pumpkin leaves are popular vegetables that can be found in the tropical region of West Africa. It is found mostly in Nigeria and is very popular among the Igbo tribe. The Igbo tribe in Nigeria call it Ugu, while the Efik people call it Ikong-ubong. Pumpkin leaves come with a lot of health benefits—from high contents of vitamins and minerals to having low calories. It is also a good source of beta-carotene, which produces vitamin A that protects the body from infection. Pumpkin leaves can also be found in South Africa, Zambia, Zimbabwe, etc. It is used in the preparation of several vegetable sauces in Nigeria and is a key ingredient in the cuisine of the Igbo tribe in Nigeria.

This vegetable is a member of the daisy family and grows abundantly in West Africa and Central African countries. It is called bitter leaf because of its sweet-bitter taste. Other names for it are Ewuro (Yoruba), Onugbu (Igbo), and Ndoleh (Cameron). Bitter leaf is a key ingredient in many soups in Nigeria—such as Egusi soup, Ogbono soup, Onugbu soup, etc. It is also used in making the Cameron dish, Ndole. Asides its culinary functions, bitter leaf also serves many medicinal benefits. The Tongwe people of Tanzania use this vegetable to make a concoction for treating malaria, diarrhea, stomach upset, and many other conditions. It is also effective in lowering high blood pressure and reducing the risk of diabetes.

Waterleaf is an herbaceous perennial plant that is abundant during the rainy season. Its origin can be traced to West Africa but has now spread to several parts of the world like Mexico, South America, and Central America. In Nigeria, waterleaf is known by different names. In the Yoruba tribe, it is called Gbure, in the Igbo tribe Mgbolodi, and Ebe dondon in Edo. It is used in the various tribes for the preparation of several vegetable soups like Edikaikong, Ofe mgbolodi, Gbure, etc. Waterleaf contains a high amount of water, which makes it very good for the body.

We hope this answers your question about the vegetables eaten in Africa. As you have read, there are a variety of African vegetables—leafy and root vegetables. However, we have highlighted ten vegetables that are quite popular in many African countries. 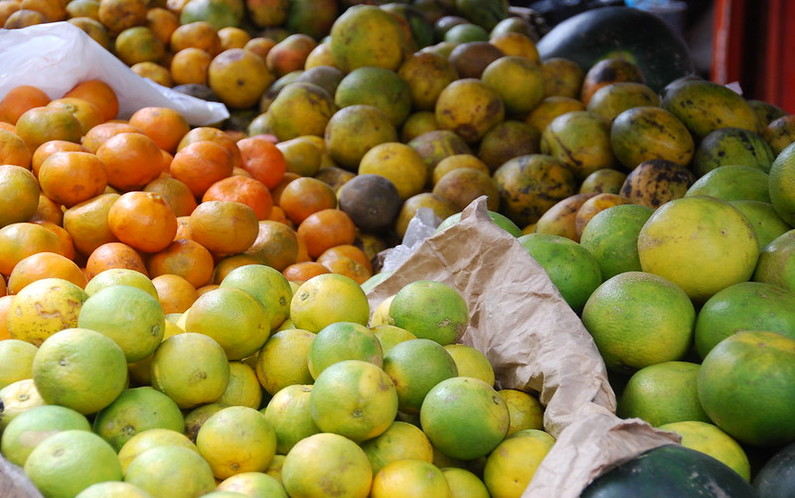 What Fruits Do Africans Eat? 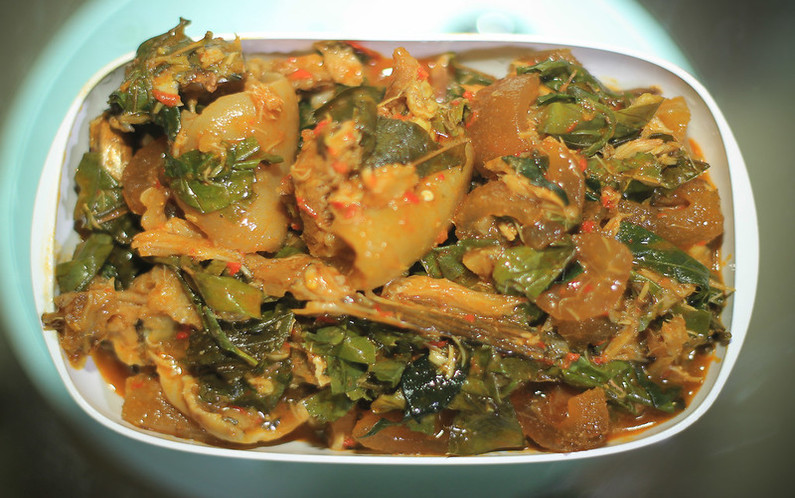 10 African Foods to Eat During Pregnancy 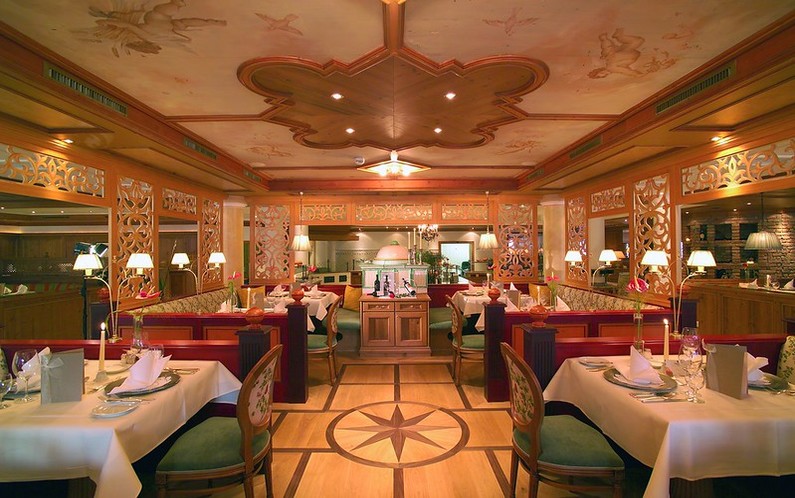