Wines are made from grapes, and they are vegan-friendly, but a process called fining can make wines unfavorable for vegans who also are thirsty for the relaxed feeling wines offers. The commonly used agents are derived from animals, and this goes against vegetarian diets. Naturally, unfined wines are seen as more vegan, but there is also another alternative.

Are there vegan wines?

Yes, there are a variety of vegan wines out there. Many winemakers now use alternative fining agents, such as bentonite and polyvinylpolypyrrolidone, which makes the wines friendly for vegans. Frey Vineyards, Charles Shaw, and Lumos Wine are some well know vegan brands in the winemaking industry.

Vegan wines are now gaining some popularity and also fast becoming a favorite among non-vegans. But some vegans still have their guards up when it comes to consuming vegan wines. In this article, we’ve provided answers to some of the most frequently asked questions about vegans drinking wine and also highlighted some of the best wines that are good for vegans. Read on!

Anyone can have a glass of wine, and vegans are no exception. The only thing is vegans have to choose their wines more carefully, especially if the wine has been fined, and sadly most winemakers make use of animal-based fining agents. Nevertheless, there are two solutions to this, unfined/unfiltered wines or vegan-friendly fining agents.

The fining, which is the process used for removing tiny particles (tartrates, proteins, phenolics, and tannins) with organic materials such as Gelatine (pig body parts or boiled cow), Albumin (egg whites), Isinglass (from fish bladders), Casein (animal milk protein), is where the wine gets less vegan.

ALSO READ: Different Types of Wines and Where to Find Them

These particles aren’t dangerous per se; they make wines look hazy. The fining agent changes the look and makes it more appealing to the eyes. Also, it alters the taste a bit. The fining agent acts as a magnet that attracts the tiny particles and turns them into larger ones so it can be easily removed through filtering.

Are Most Wines Vegan?

If wines are left long enough, it will self-fine and self-stabilize. But the commercial nature of most winemaking companies won’t allow this, so it’s uncommon to see vegan wines. Not many top wine brands specialize in vegan winemaking, especially when it comes to unfining it.

Is Alcohol OK for Vegans?

Naturally, alcohol isn’t a vegan-friendly drink. Just like wines, animal products are used in the filtering process before bottling. Most alcohol brewing companies make use of Gelatine, isinglass, seashells, and so on. This is used in capturing the impurities.

However, bright spirits like white rum and vodka can be classified as vegan-friendly because their filtration process is different. Some Alcohols are vegan-friendly, but they’re very uncommon and hard to spot. Only a few brands are labeled with a vegan trademark guaranteeing that no animal products have been used. If there are no labels, then you’ll have to ask an alcohol manufacturer or supplier if its 100% vegan or you can do your research online

Still, this doesn’t eliminate the adverse health effects that come with drinking alcohol. The presence of alcohol will always pose a significant risk to your health, and there’s nothing you can do about that except drinking responsibly.

For both men and women, the UK Chief Medical Officers’ (CMO) has a guideline on low-risk drinking. To avoid health complications, it is safer you drink 14 units or less in a week.

What Brands of Wines are Vegan?

Below are some vegan-friendly wines you can choose from:

This brand is a well-known award-winning vegan wine manufacturer. Frey Vineyard has been around since 1980. It’s a third-generation family-operated winery. Since its inception, their wines have made no use of sulfites which usually cause adverse allergic reactions in some people, even though it’s widely used in wines made with organically grown grapes.

Moreover, they make use of traditional and modern winemaking techniques to create distinctive varietal flavors. The use of minimal manipulation in their cellar also allows the wines to express the authentic character of the climate and soils.

This brand offers bargain-priced wine. Their wines are mainly made from Californian grapes. In April 2018, at just $1, they unveiled a line of organic wines that are also vegan-friendly. Charles Shaw also has other lines of wines like White Zinfandel, Cabernet Sauvignon, Chardonnay, Merlot, Shira, Sauvignon Blanc. Limited quantities of Pinot Grigio are offered, and their Valdigui is in the style of Beaujolais nouveau.

Charles Shaw has appeared in TV series like Oz and James’s Big Wine Adventure, Chuck, Person of interest, Jane the virgin, and Friends from college. This brand has also won numerous awards.

This company was established in the year 2000 and have since been outstanding in making vegan wines. They use self-grown grapes in making their wines, and they adopt the philosophy of using a natural approach with minimal intervention in winemaking. This is why most of their wines are beautifully made.

The idea of this brand was born from a painting by Dennis Ziemienski, a renowned Sonoma-based artist. This painting was depicting an old red vintage truck against a typical Sonoma landscape of soft, bright blue sky, golden hills, and cotton ball clouds. And the inspiration to create Red Truck Wine was born.

Cycles Gladiator is an award-winning brand, and it’s well known for its Chardonnay, Merlot, Pinot Noir, Petite Sirah, and Cabernet Sauvignon. Their wines are made purely of grapes – free of any byproducts and are entirely vegan-friendly.

Most wine brands don’t come with a label of the ingredients used in the processing, so if you want a continual supply of a variety of wines, then it’s beneficial to have a supplier who can guide you when choosing vegan wines.

However, you can use search engines to research various brands available in your city and quickly get them in supermarkets or online stores. 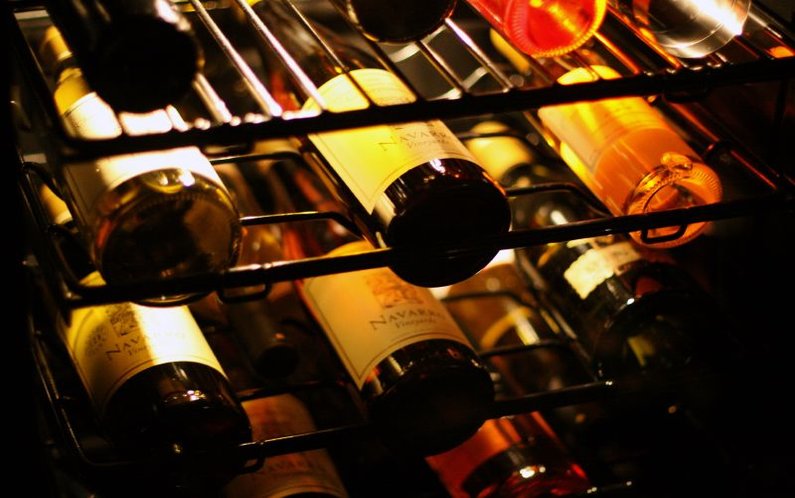 Can I Store Wine in the Kitchen Refrigerator? 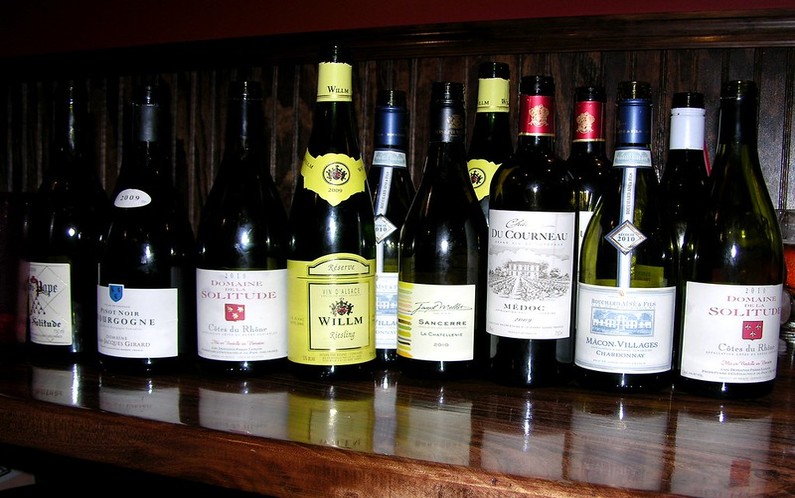 Different Types of Wines and Where to Find Them